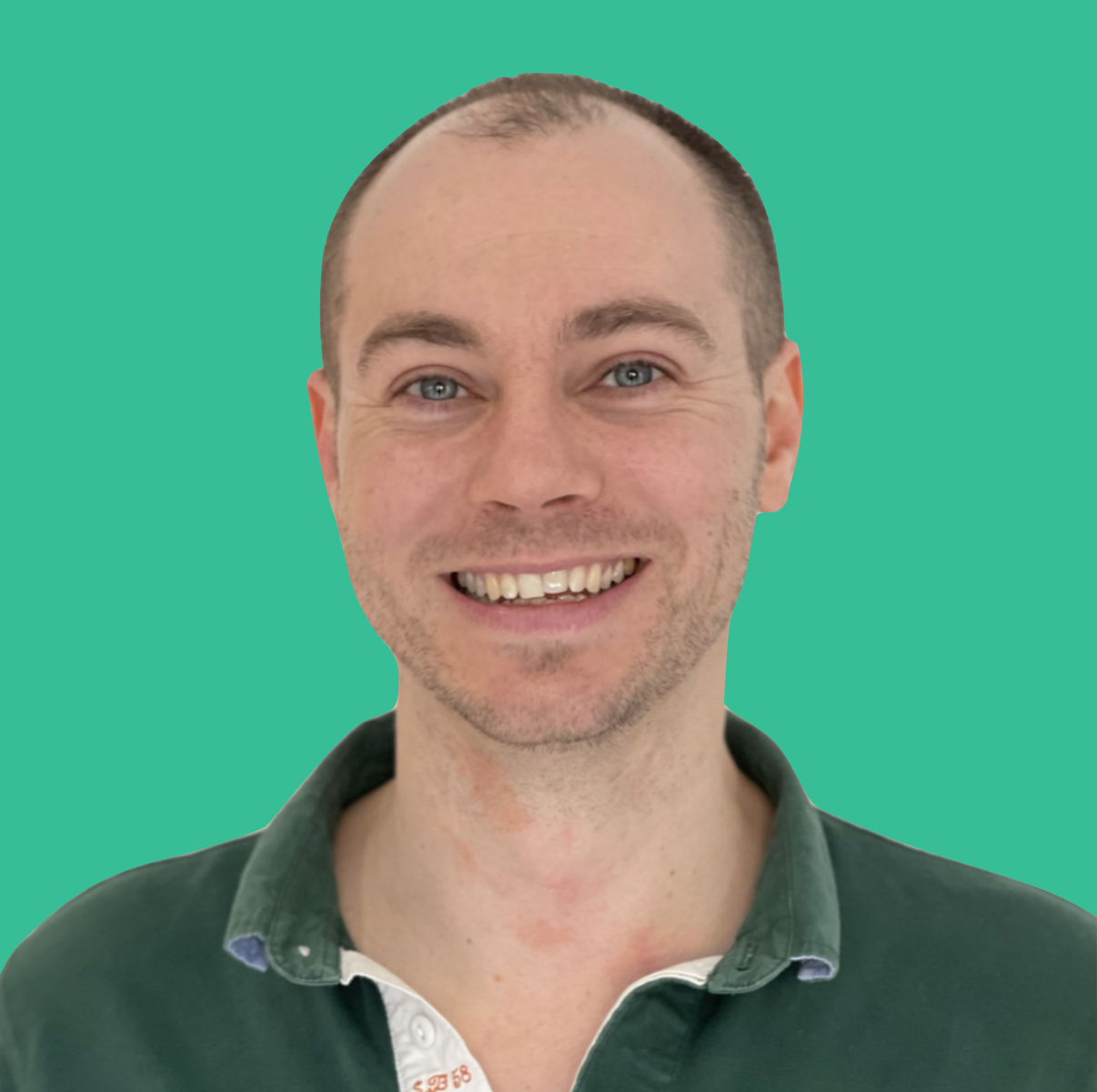 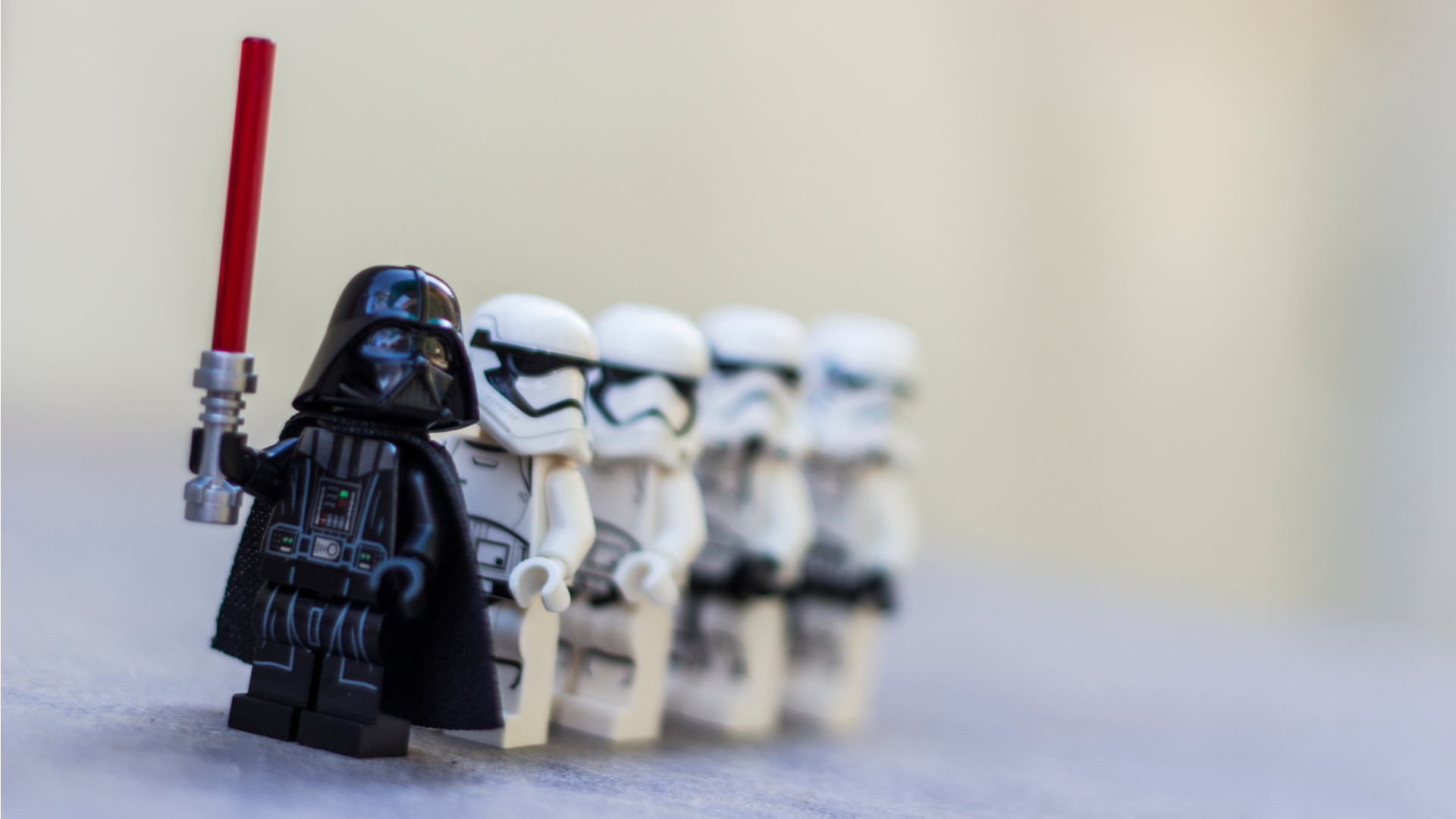 The Enrons, the Ubers, the WeWorks - we can all think of rapidly growing companies that were brought crashing back to earth by their toxic culture.

But these companies are just the tip of the iceberg. For many more scaling companies, their culture acts as a drag on their growth and performance. If you don’t get your culture right… you won’t reach your true potential as a company and you’ll find it impossible to sustain your success.

What happens when you get it wrong?

The stories that hit the headlines are always going to be about the apparently successful companies who crashed and burned. Companies who hid their toxic culture from the world for years while it ate away at their core until the whole thing imploded in a mess of disappointed customers, out of pocket investors and employees queuing up with claims for bullying and harassment.

But this is just the tip of the iceberg. The stories you don’t read about are all the well financed start-ups who never managed to reach their potential because they couldn’t create the culture they needed to flourish at scale.

But as consumers, we can all think of brands we loved when they were fresh on the scene, but who then sold their soul for money and growth. Challenger brands that ended up morphing into the big, beige corporates that the founders swore they’d never become.

And we’ve all come across those scale-ups where you can tell the employees just aren’t bothered. Companies that have brought in waves of new hires. All these new people pick up the free water bottle, they put on the branded hoody, they smile and saying the right thing, but it’s plain as day that there’s no spark in their eyes. They don’t feel any real sense of emotional commitment to the company. It’s the theatre of work — people are interested in looking good, enhancing their reputation and getting another good line on their LinkedIn profile.

Or worse still, we’ve got friends who work at scale ups where more and more people seem to be behaving, well… like dicks. Where people are bitchy and rude and mean to each other. Companies where people don’t feel safe or welcome and where people are constantly having to work out who’s an ally and who’s a threat. Companies where good people vote with their feet and the only people who stick around seem to be the ones who couldn’t lead in a healthier environment.

Or finally the companies we all feel sorry for. Nice people with good products who are working really hard, but who seem to keep bumping their heads on a ceiling to their growth. It goes well for a bit, but then the wheels start to fall off. Performance peaks and troughs. Targets get missed. People have to firefight. Good ideas never quite seem to translate into breakthrough innovations or results. All because they haven’t built a culture that allows for sustained performance.

So how do you avoid a scenario where your culture kills your growth? Here’s our top four reasons why scale up companies tend to mess it up…

1. They turn their culture into a relic

This is the number one danger of all that “how to protect your culture as you grow” advice — it encourages companies to treat their culture like some sort of saintly relic. Something magical, delicate and precious that was handed down by the founders and now has to be preserved intact in a little class cabinet.

Trouble is just around the corner when your company culture becomes something that gets taken out and venerated on special occasions but ends up being cut off from the day-to-day running of the business.

The danger is that you end up creating an official culture – the words on the walls and on the careers website; and an unofficial culture of ‘how we actually get shit done around here’. Before long there are two tribes: one which laments how we’ve “lost touch with our values” and the other that’s frustrated by all the soft-fluffy stuff which is getting in the way of getting some work done.

2. They try to copy and paste other people’s homework

Have you ever come across one of those people whose put an Apple sticker on the back of their IBM laptop? I assume it’s a massive in joke that I’m not party to. If not… what the hell is all that about?!

In my experience, and I’ve noticed this phenomena more often than I feel comfortable with, it seems to be especially prevalent amongst men in late middle age. My theory is that these men were on the cusp of a mid-life crisis. They came home one day and said to their wives “I’ve had enough Sandra, I’m buying a Harley, getting a tattoo and I’m off to the Burning Man festival”. And their wives, replied “Well you could do that Dave. It’s certainly edgy... Or… how about you put that sticker you got with your iPhone on the back of your laptop. That’d cheer you up a bit”.

However it happens, you get the apple sticker phenomenon in scale ups all the time. Companies that want to be “a bit like Netflix/Google/insert cultural icon of your choice”. They read about something great that Patagonia’s done on work/life balance and they want to copy it. And they like what Zappos did around hiring so they’ll have that too. And we could do the Buffer thing for remote working.

Putting an Apple sticker on your IBM laptop doesn’t make it a MacBook. Creating the culture you need to drive your growth isn’t like shopping in the pick ’n' mix aisle. Go back to the definition of what company culture is… it’s “shared learning”. It’s fine to use other companies as a source of inspiration, particularly when you’re operating in a similar context, but you can’t shortcut all the work. You have to discover what works for you.

Putting an Apple sticker on your IBM laptop doesn’t make it a MacBook. It’s fine to use other companies as a source of inspiration, but you can’t shortcut it. You have to discover what works for you.

Do you remember those boy racers from your childhood? They had a Citroen Saxo or Renault Clio with a spoiler on the back. Oversized exhaust. Big alloys with low profile tires. The body kit with flame stickers running down the side. A huge amp where the backseat should have been. The rally car seats in the front and the all important blue lights underneath the chassis.

They looked the business right? Of course they did. Right up until they had to drive over a speed bump.

Well, taking a nice little car and turning it into a boy racer’s dream is a metaphor for how not to build out your people operating system.

The truth is that a great people operating system is all about flow. It’s about creating an environment where it’s easy to do your best work. Where there are minimal distractions. Where the employee experience feels seamless and where everything seems to be pointing in the same direction. And this means you can’t just optimise all the components of your people operating system. You have to have one eye on how the system works as a whole. And this often means you have to be taking stuff out rather than putting new stuff in.

A scale-up is a complex human system in a rapidly changing environment. As a general rule, adding more complicated processes makes you more inflexible and more fragile. Keeping your people operating system as simple as possible and creating the architecture that enables teams to determine how they want to work is critical.

The challenge is that this runs counter to the way most HR and People teams work. HR teams tend to build out in silos. The Talent Acquisition team builds out the recruitment process. The L&D team looks after training. Reward looks after pay and benefits. Maybe there’s a separate team for Leadership or Wellbeing. Everyone goes away and builds their stuff. And every year they’re expected to build more new stuff to justify their salary. Don’t get me wrong, they do the best job they can, but they’re not mindful about how the component they’re building fit into the system and they’re not incentivised to do nothing or to take stuff out of the business.

In our view, People teams are too often guilty of shipping their structure — they create products or services where the design and UX reflects the organisation of the team rather than the needs of the user. The result is a mess of good ideas and well-intentioned initiatives that frankly just become cultural clutter.

4. They don’t take deliberate steps to build the diversity of their teams

When you’re scaling your company, you don’t actually want everyone to be 100% bought into your story and your culture. An organisation where everyone’s in unquestioning agreement is called a cult.

Scale-ups run the risk of becoming a cult when they enjoy breakthrough success, when the founders start to be idolised as Messianic figures, and when a very clear definition emerges about the type of person who fits in and the types of people who don’t.

When you’re a start-up, having a team with shared experiences and common backgrounds helps. In start-ups a degree of homogeneity in your worldview is probably a positive thing. Having a shared vision and implicit understanding of your operating context helps you to move faster. Founders who’ve been in similar environments before have probably got shared assumptions about how work should get done which enables them to function effectively when working long hours under high pressure. If you have a start-up with too many opposing views or too little common ground, it becomes difficult to move at pace.

(We hope it goes without saying, but just for the avoidance of doubt, we’re talking about homogeneity in terms of past experience, professional background, education - that sort of stuff… we’re not and never would advocate for companies to be homogeneous in terms of gender, race, disability etc regardless of how big or small they are).

But as you grow, this cultural homogeneity becomes more of a risk. Diversity and inclusion doesn’t just happen. You have to deliberately cultivate it. And unless you have diversity on your teams you don’t get the positive tension of different perspectives that you need to drive creativity and innovation. And you don’t get the challenge you need to call people out or to challenge long held assumptions. The longer this persists, particularly amongst leadership teams, the more of an existential threat it becomes.

As you grow, cultural homogeneity becomes more of a risk. You have to deliberately cultivate diversity and inclusion to introduce positive tension and drive creativity and innovation.

So now you know what not to do, perhaps take a look at how to build out your people operating system. And if you’d like a helping hand getting set up for success, ask us about our Purposeful Design product. We help you discover:

If you’d like to chat about whether this could help you, grab some time with our Co-Founder, Bee, here. 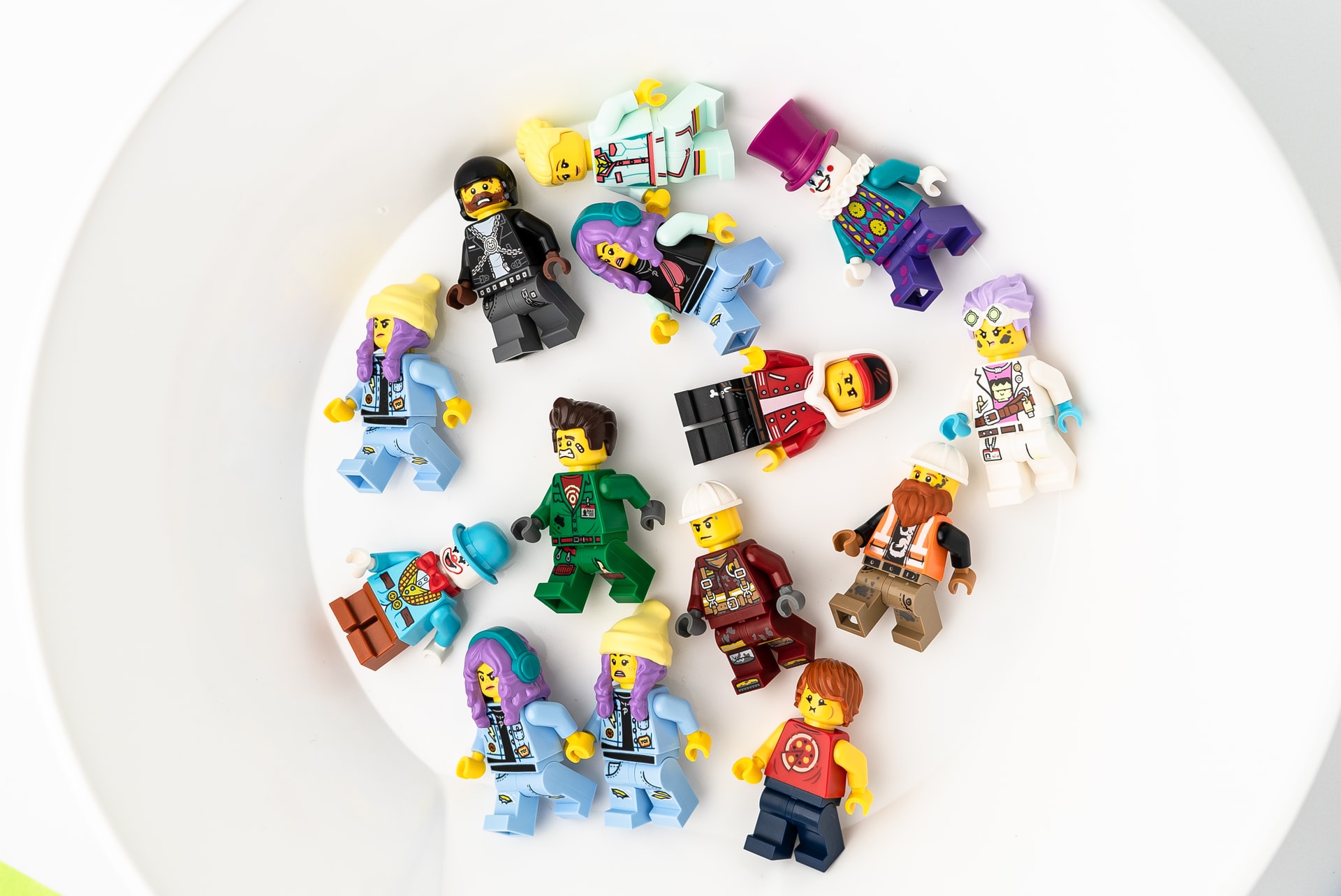 What's different about taking an employee experience approach to on boarding? 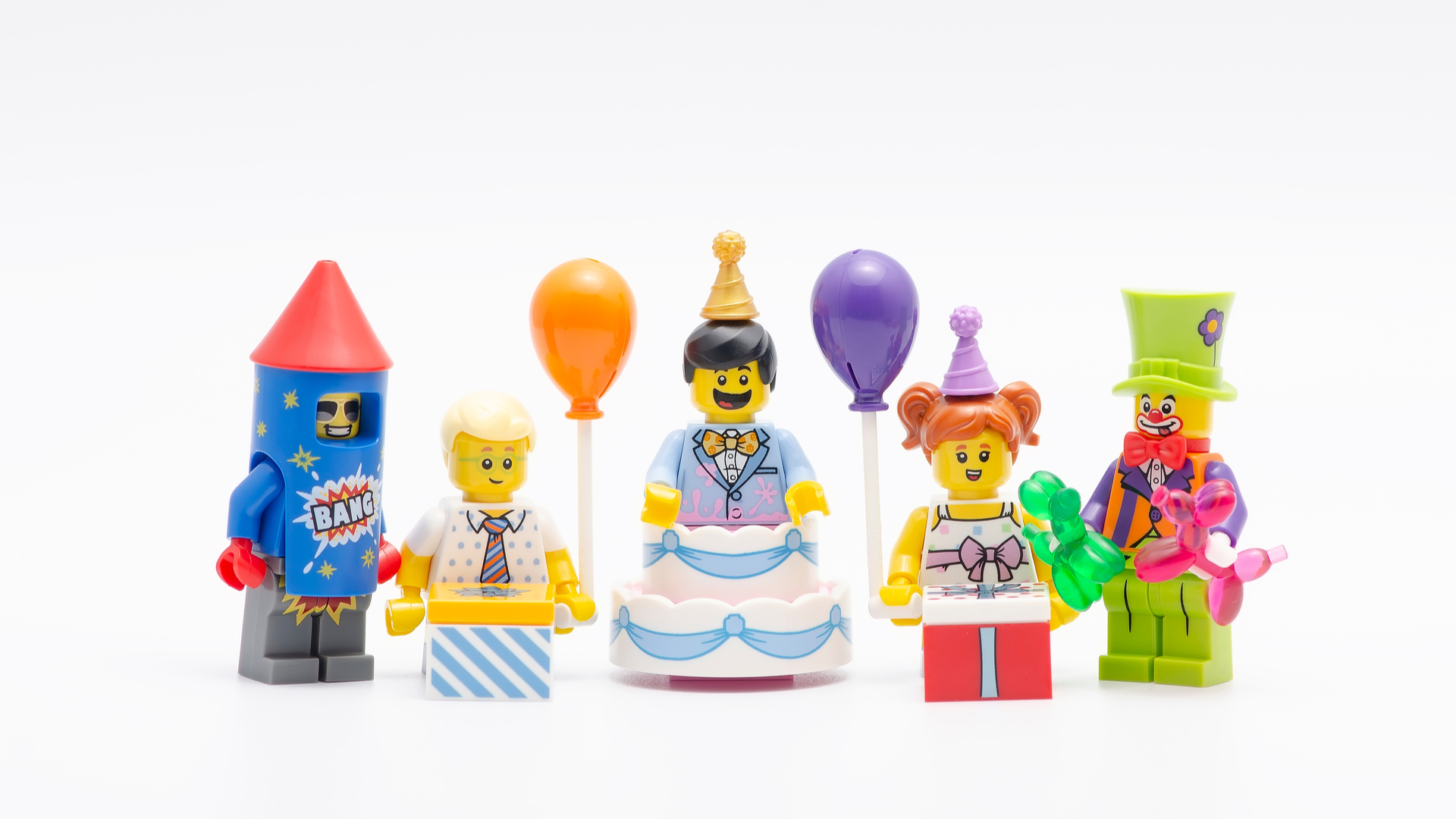 Organisational culture – before you try to change it, do you understand what it actually is?! 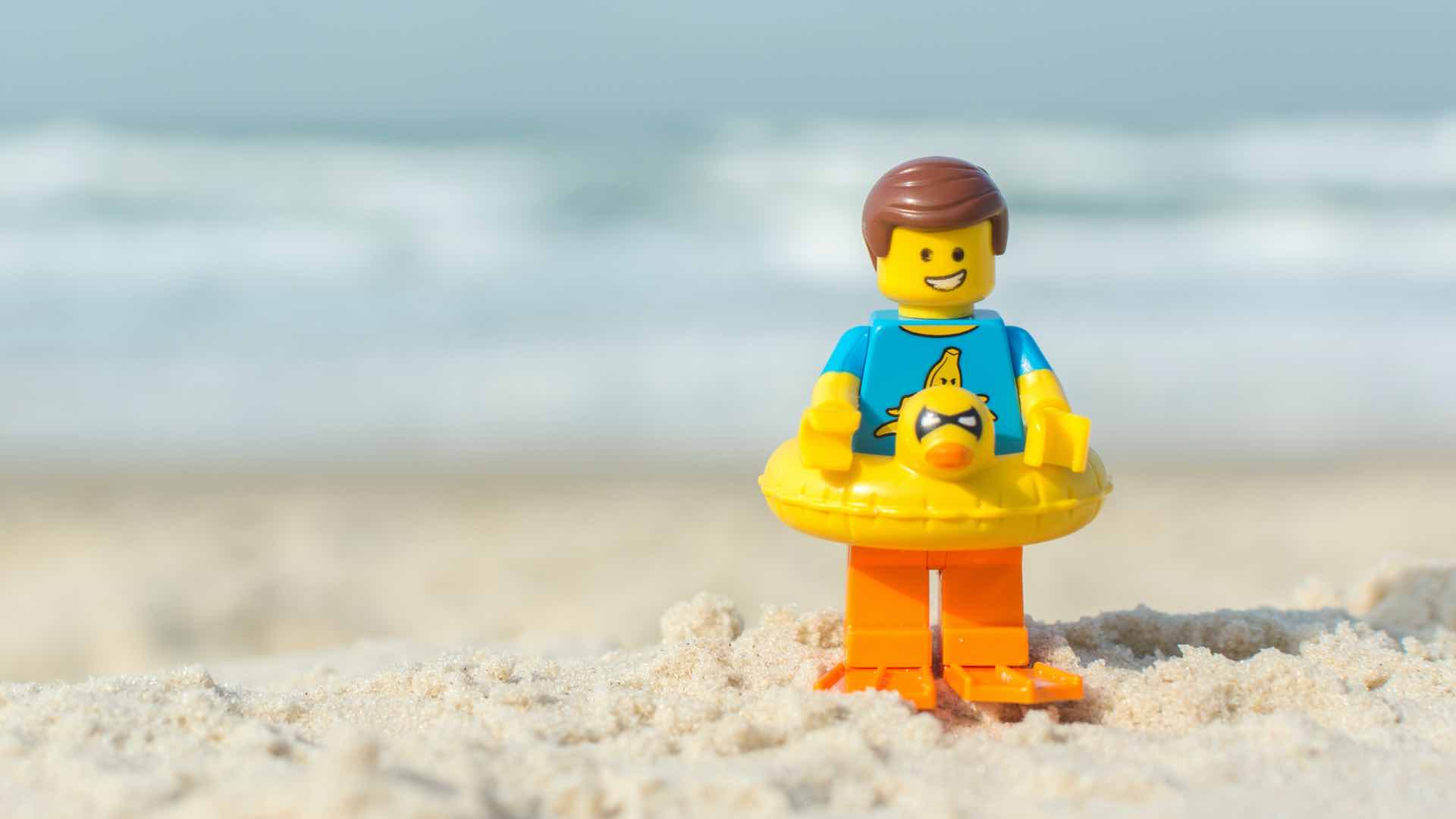 Do you want to be able to step back from your business?